Transatlantic Modernism and the Brazilian Avant-Garde

In the first three decades of the twentieth century, artists, writers, musicians, and architects from both sides of the Atlantic interacted to create a modern style for Brazil. Their works shaped Brazilian national expression and self-definition for the twentieth century and into the present, with renewed relevance as Brazil plays an increasingly important role in global affairs. Artists such as Tarsila do Amaral and Roberto Burle-Marx are appearing for the first time in museums in the United States and Europe, along with the concept of antropofagia from the «Cannibal Manifesto», a theory of cultural autonomy and a model for fusion, hybridity, and assimilation. This book offers a cultural history and interpretation of Brazilian modernism in the arts and letters, exploring how modernism depends on transatlantic negotiation and develops through interchanges between Brazilians and Europeans.

Image 3: Tarsila do Amaral, Sketch for A Negra, in Blaise Cendrars, Brésil, des hommes sont venus, 1987. Permission for all of Tarsila’s works granted by her niece, Tarsilinha do Amaral.

Image 14: Tarsila do Amaral, Sketch of Abaporu in ‘Manifesto Antropófago’, 1928.

Image 35: Group of Brazilian modernists traveling to Tarsila do Amaral’s exhibit in Rio, 1929.

I have received the support of many writers, artists, and researchers experienced in the study of Brazilian modernism, both past and present, whose works have been an indispensable model and lesson, including Jorge Schwartz, Augusto de Campos, João Alexandre Barbosa, Alfredo Bosi, Luiz Costa Lima, Silviano Santiago, Walnice Nogueira Galvão, Flora Süssekind, Gênese Andrade, Heitor Martins, Leyla Perrone, Flávia Toni, Manoel Corrêa do Lago, Gérard Béhague, Gilberto Mendes, Willy Corrêa de Oliveira, Caio Pagano, Héctor Olea, Mário da Silva Brito, Arnaldo Saraiva, Affonso Romano de Sant’Anna, Aracy Amaral, and others named in the bibliography to whom I express my appreciation for their guidance and example. I acknowledge my intellectual debts to Jorge de Sena for his direction of my studies of Brazilian literature and in Brazil to Benedito Nunes and Haroldo de Campos for their guidance and exemplary studies of modernism.

I owe thanks to the Benson Collection of the Institute of Latin American Studies at the University of Texas at Austin for use of its extensive and rich archives, to the Beinecke Rare Books and Manuscript Library at Yale, to the Sterling Memorial Library, and to the MacMillian Center for International and Area Studies for a fellowship grant to support research on this project.

I am especially grateful to Tarsilinha do Amaral for her interest in this book and for kind permission to reproduce works by her aunt, Tarsila do Amaral. Leda Rita Cintra and heirs of Patrícia Galvão generously gave permission to use her drawings. I also wish to thank poet Chris Wallace-Crabbe for permission to quote from his poems ‘The Amorous Cannibal’ and ‘Eating the Future II’. Thanks also to Richard Zenith for his translations from Oswald de Andrade’s Pau Brasil. I wish to thank my editor Laurel Plapp for the patience, support, and encouragement that made this book possible, and to the general editors of the Cultural History and Literary Imagination series, Christian Emden and David Midgley.

Elizabeth Jackson, my companion in research, discussion of ideas, and travels throughout Brazil, has encouraged and followed the cannibal angels from the beginning as reader, advisor, and editor to whom this book equally belongs, as if it had always existed.

Every effort has been made to trace copyright holders and to obtain their permission for the use of copyright material. The publisher apologizes for any errors or omissions in the above list and would be grateful for notification of any corrections that should be incorporated in future reprints or editions of this book. 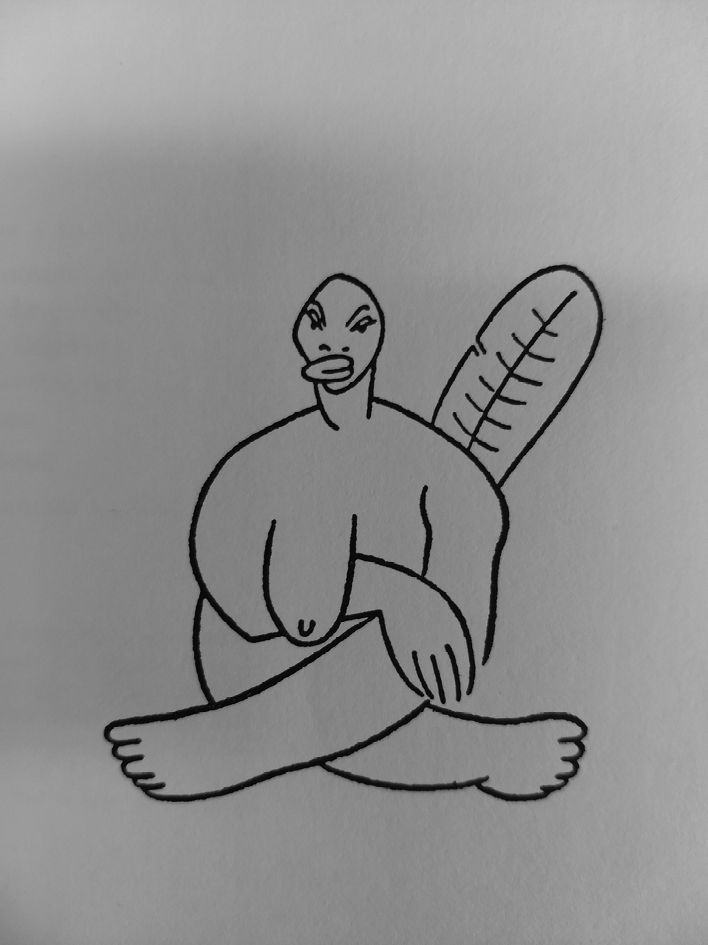 Image 3: Tarsila do Amaral, Sketch for A Negra, in Blaise Cendrars, Brésil, des hommes sont venus, 1987. Permission for all of Tarsila’s works granted by her niece, Tarsilinha do Amaral.

Introduction to 100 Years of the Brazilian Avant-Garde

Portugal dressed the savage. He must be undressed.

This book is a cultural history and interpretation of Brazilian modernism in arts and letters with a critical perspective that demands a transatlantic point of view. In the period from the first decade of the twentieth century until the end of the 1920s, artists, writers, musicians, and architects from both sides of the Atlantic interacted to create a modern style for Brazil by mixing European and Brazilian materials and designs. This dynamic continued the interplay between Brazil and Europe that had defined the study and description of Brazilian civil and political society, nature, and indigeneity throughout the colonial period and nineteenth-century empire. The difference is that Brazilian modernists openly challenge dominant European influences through artistic proficiency and talent, perfected in studies with European artists; and they integrate regional, folkloric, Afro-Brazilian, and indigenous materials in their creations. Their works are important for their aesthetic independence or singularity, for being part of an international avant-garde, and because they shape national expression and self-definition for the twentieth and twenty-first centuries. Modernist works have renewed relevance today both because of transatlantic dialogues based on hybridity and assimilation, two primary features of Brazil’s social history, and by depicting their difference from Europe by giving a creative twist to received tradition. With its increasingly important role in global affairs, Brazil’s major artists, such as Tarsila do Amaral, are featured prominently in major museums in the United ←1 | 2→States and Europe, and the central modernist concept of antropofagia, or ‘cannibalism’, occupies a central role in critical inquiry in international circles.1 Saulo Goveia notes that recent Anglo-American theories change antropofagia into a ‘[…] defying model of resistance that can be updated and used against Yankee cultural imperialism […] sometimes applied retroactively […]’.2

Antropofagia has become a widely adopted concept because it proposes a theory of cultural autonomy based on a model of fusion, hybridity, and assimilation:

The drive to make the field of international relations “more global” has included a series of efforts by scholars in developing world countries to draw on regional, national or local experiences and thought so as to propose alternative perspectives. Brazilian anthropophagy can enhance this toolkit of theoretical perspectives by providing a distinctive take on cultural, social, economic and political encounters that is at once epistemologically unique and, on the other hand, aligned with other postcolonial enterprises in international relations theorizing. The metaphor of anthropophagy is exciting in part because it relies on humour, and specifically irony, to critique North–South epistemologies and worldviews, while acknowledging their seminal influence in Brazilian culture and hybridizing them with indigenous roots.3

It embodies a method of cultural interrelation and synthesis through metaphor.4 At the same time it raises the question of a primitivist, assimilative, and aggressive component of psychology and social organization, purportedly based on the practice of cannibalism by the Tupinambá: ‘By revisiting the image of the cannibal in the twentieth century, Oswald de Andrade is […] establishing a dialogue not only with the travel and captivity narratives of the early Americas, but also with these ancient cultural traditions’.5 The ritual of eating and assimilation, as universal, lies at the heart of antropofagia, which was launched in Oswald de Andrade’s Cannibal Manifesto, published in the first number of the 1928 Revista de Antropofagia (Cannibal Magazine).

The context of this book is the wider import of the Brazil-Europe modernist exchange, which only began to be construed through patient research and retrospective accounts by Brazilian scholars some fifty years after the Week of Modern Art in 1922. A fuller picture of Brazilian modernism in its transatlantic context has often proved elusive or fragmentary, since it involves literature, visual arts, music, architecture, and landscape design, all of which are interrelated and mutually influential during this period. The critical concepts and perspectives proposed in this book are meant to contribute towards a new framework for a broader understanding of the transatlantic modernist exchange.

Published in an ephemeral magazine, the Cannibal Manifesto was soon forgotten in Brazil and only republished after thirty-one years. One of the reasons for the neglect was its very humour, insouciance, and wry wit. International scholarship began only after the translations to Spanish (1978) and French (1984). After sixty-three years, the manifesto was translated to English and published in an academic journal. In the years since, the idea of antropofagia from Oswald de Andrade’s manifesto has been ←3 | 4→widely embraced by different fields and reinterpreted as a metaphor for modes of relationships, or as socio-political theory within the framework of postcolonial studies, among other readings, whether or not these applications were present in the original.6 The fields of translation theory and history of art in particular have adapted cannibalism as metaphor.

A recent generalized presentation of the term is to be found in the book Tarsila do Amaral: Cannibalizing Modernism (2019), a critical retrospective of the artist’s career in a series of essays and images published by the Museu de Arte de São Paulo (MASP). In light of scholarship citing the misuses of cannibalism in contemporary critical theory, and referencing the comprehensive anthology Antropofagia Hoje (Anthropophagy Today, 2011), this study returns to the original context of Oswald de Andrade’s antropofagia as an avant-garde construct to recover its meaning and reception.7 The vanguard humour, much of the hyperbole and witty invention and something of the absurd in Oswald’s manifesto, has been lost with time, as the openness of his concept begins to be diverted to different areas of thought. As an antidote to the unrestrained application of the concept, Michel Riaudel points out the farce, parody, excess, provocation, and even buffoonery of the cannibal escapade.8 Benedito Nunes adds the blend of controversial provocations, theoretical proposals, jokes, puns, derisive slurs, and philosophy.9 In that light, this book further aims to demonstrate the importance of the unorthodox Brazilian-European modernist experience to current comparative scholarship on modernism and modernist literature in global perspective.

Four essential works created in the 1920s guide and orient this cultural history, beginning with Heitor Villa-Lobos’ 1926 orchestral composition, Choro No. 10, with its clashing timbres, augmented instrumentation, and syncopated rhythms; the 1928 Revista de Antropofagia (Cannibal Magazine) with its theme of cannibalism, codified in Oswald de Andrade’s ‘Manifesto Antropófago’ (Cannibal Manifesto); and the iconic image of a cannibal in the painting O Abaporu (1928) by Tarsila do Amaral. The Cannibal Magazine provides an important platform for social and political critiques and a programme of reform, relying on iconoclasm, humour, and satire. These individual works provide a broader conceptual framework for the creative activity that was generated by iconic exchanges among Brazilian and European artists, writers, and their ideas, travels, education, works, and contacts. In the arts, the Brazilians were educated in the European tradition before they discovered that they were equally heirs in their artistic practices to popular, folkloric, and musical traditions. The country’s rich cultural formation had been the subject of late nineteenth-century collections by Sílvio Romero, among others, who published volumes of popular songs, folk poetry, and ethnographic studies, particularly the Etnografia selvagem on Brazil’s ‘primitive races’.10

Kenneth David Jackson is Professor of Luso-Brazilian literatures and cultures at Yale University. Among his books are Machado de Assis: A Literary Life (Yale UP, 2015), Adverse Genres in Fernando Pessoa (Oxford UP, 2010), the Oxford Anthology of the Brazilian Short Story (2006), and Haroldo de Campos: A Dialogue with the Brazilian Concrete Poet (2005).