The South African Constabulary and the Imperial Imposition of the Modern State, 1900−1914

In anticipation of victory over the two Boer republics in the South African War (1899–1902), British imperial policymakers formed the South African Constabulary (SAC, 1900–1908) to lead reconstruction efforts. Uniquely, policymakers injected two goals of imperial management into the force and its 10,000 men, recruited from the British Isles and settler colonies: integrate the conquered territories into the British Empire and foster an imperial-national adherence to a Greater Britain. Following the war, offi cers and constables attracted the Boers to the empire by suppressing Africans more thoroughly, consistently and systematically than their prior regimes ever had. While some SAC men remained in South Africa following their service, most carried their enhanced white, imperial-national allegiances to the Isles, empire and beyond.
Combining traditional archival with innovative digital research, this book narrates global integration and imperial governance through individuals, from Boy Scout founder Robert Baden-Powell and imperialist Alfred Milner to Canadian Mountie Sam Steele, Irish doctor Edward Garraway and, foremost, thousands of SAC men. The author argues that opportunistic British agents carried the apparatus of the coercive, legible and bureaucratic modern state across the British Isles, the empire and the world, leaving challenging legacies for successor governments and former subjects to confront.

I first came across the South African Constabulary in the National Archives in Kew in the summer of 2006. That’s a lifetime ago, relatively speaking – the same length of time to ascend from kindergarten to high school graduation. My thirteen years of research and writing on the men of the South African Constabulary has lasted longer than the eight-year life of the force. It will be strange to leave them in the past.

One never undertakes a research project like this one by oneself. It started as a dissertation at the University of Virginia. Grants and scholarships allowed me to travel to the United Kingdom, South Africa and Canada and within the United States to conduct archival research with my digital camera, and then read those tens of thousands of images back home in Charlottesville, Medford and Melrose. I would like to thank at UVA the Corcoran Department of History, the Graduate School of Arts and Sciences, the Alderman Library Scholars’ Lab and the Raven Society. I would also like to thank the John Anson Kittredge Educational Fund, Lynde and the Harry Bradley Foundation, the Andrew W. Mellon Foundation, the Virginia Foundation for the Humanities and the International Council for Canadian Studies.

Portions of this research were published earlier in Britain and the World and Scientia Militaria – South African Journal of Military Studies and in Vincent Denis and Catherine Denys, eds., Polices d’Empires 18e-19e siècles (Rennes, France: Presses Universitaires de Rennes, 2012). Participants at many conferences and talks have listened to me speak on the South African Constabulary, including the North American, Northeast and Southern Conferences on British Studies, Midwest Victorian Studies Association, North Eastern Workshop on Southern Africa, South Atlantic Studies Forum and CIRSAP Program Conference on Police and Colonial Empires. I thank them for their comments. A special thanks to the Brenthurst Library for permission to reproduce portions of the Hartigan manuscript. Phil Dunshea at Peter Lang graciously assisted me through the publication process.

For the past four years, I have taught at Winchester High School. While I never expected to teach at a public high school 10 miles away from where I grew up when I entered graduate school in 2004, life and work at WHS has been better than I could have imagined. Several members of the staff have assisted me with my queries over the past year in my completion of this book, including Kathy Grace, Paul Hackett, Chris Kurhajetz and Dennis Mahoney. Thanks to the Social Studies department for their support. A special thanks to my two student assistants, Sean Restivo and Liza Kelley. And a hearty thanks to the many students with whom I have interacted. You provide me with the energy and enthusiasm to come to school every morning, excited for the day (well, most days).

Finally, I would like to thank my family for inspiring me. To my grandparents, your voices remain within me. To my parents Carl and Karen and my mother-in-law Aviva, I would not have achieved this success without your support and assistance. To dearest Hedda, your guidance, comfort, understanding and love provide a place for me in this world. And to sweet Maya and Abigail, continue to be deep thinkers and reach for the stars.

Scholars use a number of terms for the same concepts in British, British Imperial and Southern African history. This book will attempt to stay consistent to the below terms throughout.

The white, self-governing settler colonies of the British Empire (Canada, Newfoundland, Australia, New Zealand, Cape Colony and Natal) officially became known as dominions following the 1907 Imperial Conference. As most of this book deals with the pre-1907 period, it refers to these colonies as settler colonies throughout. Southern Rhodesia (Zimbabwe) and the (British) East Africa Protectorate (Kenya), while settler colonies, were never dominions and are therefore not included when the collective term settler colonies is used unless specifically noted.

When referring to the desired, increased relationship between the British Isles and settler colonies, no contemporary spoke of the British World, a recent academic neologism. They rather used the term Greater Britain. So will this book.

The Zuid-Afrikaansche Republiek [South African Republic] (ZAR), the independent Boer republic north of the Vaal river, more commonly known as the Transvaal, was annexed by the British Empire as Transvaal Colony in 1900. The region surrounding the city of Johannesburg is the Witwatersrand, also known as the Rand. When referring to the pre-1900 state, this book uses ZAR.

While some scholars have treated the terms Boers (the Dutch word for ‘farmers’) and Afrikaners as interchangeable, the descendants of Dutch settlers in South Africa referred to themselves at the turn of the twentieth century as Boers or burghers (the Dutch word for ‘citizens’).1 ←xviii | xix→When referring to the British ‘enemy,’ this book will use Boer. When referring to that same population in peacetime, burgher will be used. Poor, landless Boers, for-hire laborers in a similar social position to Africans, were known as bywoners and looked down upon by respectable burghers. Burghers would come to dorps [villages] to trade and sell goods. The Taal is the dialect of Dutch that became formalized as the Afrikaans language in later decades.

Africans refer to the descendants of the widely diverse inhabitants of southern Africa before the first Europeans settled in the mid-seventeenth century. In addition to their ethnic designation (e.g. Zulu) today, contemporaries referred to them as natives or, more derogatorily, kaffirs. Contemporaries saw them as organized around tribes or, more accurately, chiefdoms.

The South African War between the British Empire and ZAR and OFS (1899–1902) has been known, depending on one’s perspective, the Second Anglo-Boer War, the Boer War, or Second War for Independence. This book sticks with South African War.

The ZAR and OFS militaries were organized in commandos, militia-like units of burghers. Those burghers who continued to fight the British after the capture of the main cities of the ZAR and OFS are referred to as bitter-enders. Those who surrendered to British officials are hands-uppers. Those burghers who joined the British military efforts against the commandos are joiners. The commandos did not recognize neutral burghers.

The British Army set up protected camps to secure burgher and African civilians and to prevent them from supplying commandos. British officials used the designation refugee camps. Contemporary critics ←xix | xx→and Afrikaner nationalists and others since have referred to them as concentration camps. As British intentions were good but very poorly executed, this book refers to them as internment camps to disassociate any connection with the Nazi death camps of the Second World War.

1 ‘Afrikaner’ and Afrikaner nationalism developed out of the post-South African War period, as a means to rebuild and unify the burgher community following the approximately 28,000 deaths (14 percent of the pre-war population) in British internment camps during the war and through the political opposition to British High Commissioner Alfred Milner’s reconstruction policies, expressed through the Het Volk political party in Transvaal Colony. In addition, the political and practical motives of writing in an Afrikaans language rather than Dutch and the social changes that occurred in the shift from a rural farming to an urban society contributed to the self-identification as ‘Afrikaner’ and no longer ‘Boer.’ Many ‘Boers’ also continued to see themselves as Dutch. See Helen Dampier, ‘“Everyday Life” in Boer Women’s Testimonies of the Concentration Camps of the South African War, 1899–1902’, in Crime and Empire 1840–1940: Criminal Justice in Local and Global Context, eds. Graeme Dunstall and Barry S. Godfrey (Cullompton, Devon: Willan Publishing, 2005), 202–23; Hermann Giliomee, The Afrikaners: Biography of a People (Charlottesville: University of Virginia Press, 2003), xix, 254–6; and Isabel Hofmeyr, ‘Building a Nation from Words: Afrikaans Language, Literature and Ethnic Identity, 1902–1924’, in The Politics of Race, Class and Nationalism in Twentieth-Century South Africa, eds. Shula Marks and Stanley Trapido (London: Longman, 1987), 95–123.

All maps created by author. 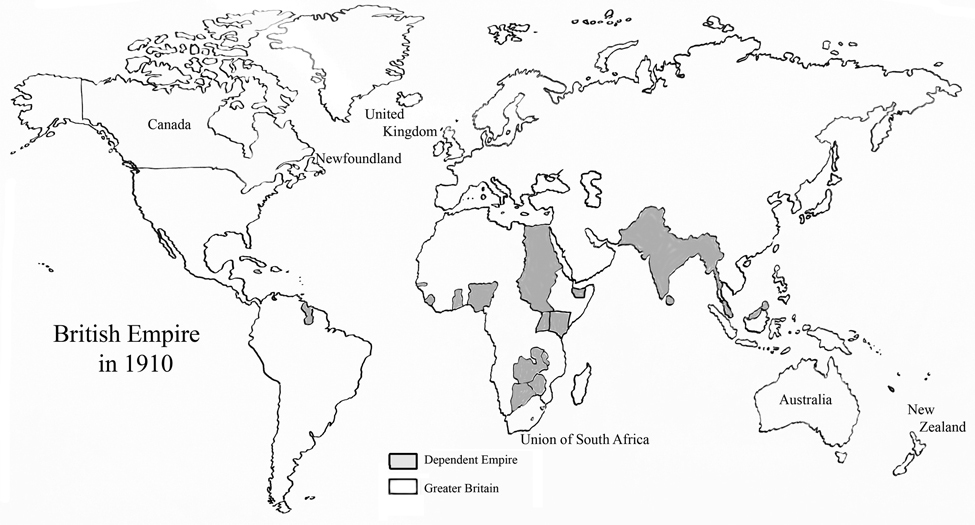 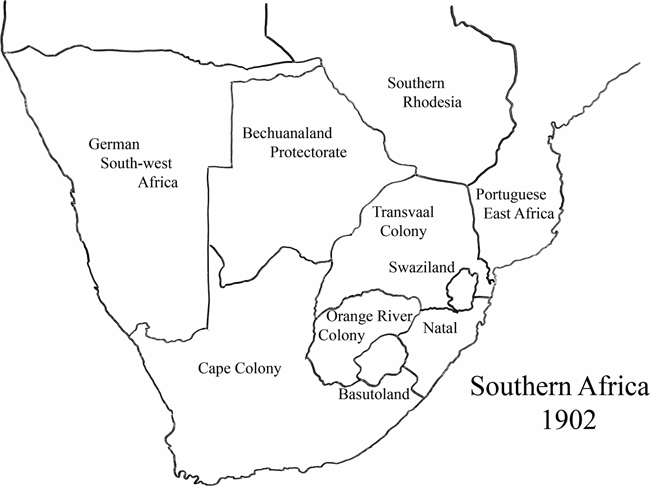 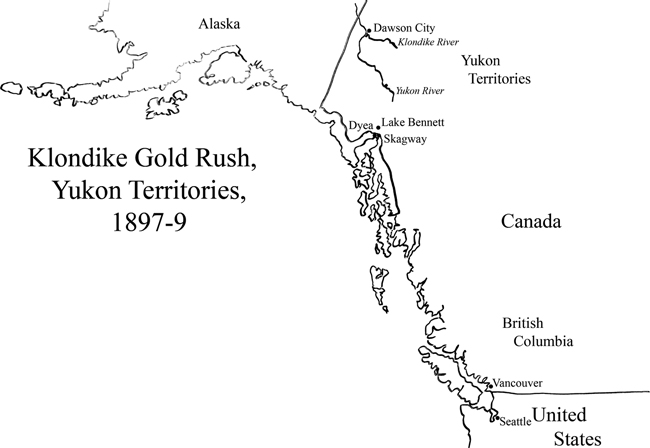 Scott C. Spencer received his PhD in European history from the University of Virginia. His work focuses on modern Europe, the British Empire, state governance and bureaucracy, and has been published in several academic journals. Prior to graduate school, he worked in international fi nance and received degrees in international relations (MA) and history (BA) from Boston University and Boston College. Today he combines those backgrounds to teach economics and modern world history at a suburban Boston public high school. This book is his first.