Spanning timeframes from 1967 to 2002, Frank Gillette’s essays included in this volume are concerned with the re-enchantment of the natural order. Employing several literary styles, from spon-taneous improvisation to a version of Gregory Bateson’s metalogue, Gillette’s writings are ruminations on symbolic and metaphorical reasoning. Containing pertinent images inserted after original essays, this compilation underscores Gillette’s thinking translated into words and visual media.

People nowadays think that scientists are there to instruct them, poets,
musicians, etc., to give them pleasure. The idea that the latter
have something to teach them
; that never occurs to them.1

The act of making art exceeds mere craftmanship or the skillful use of tools. It is, in addition, a reflexive approach to the world in which thinking and experience fuse. As the basis of aesthetic production, “thinking” is to conjure techniques, materials, and forms of things unknown. This often includes the interrelationship of texts, commentaries, and dialogues. From Malevich and Newman to Smithson and Judd, artists’ texts offer an interior view of their respective positions. Importantly, artists’ writings convey a manner of knowing, or way of thinking, addressing aesthetic practice. It is not a matter of artists' texts filling discursive gaps between critical writing and an artist’s production, it is instead to generate a specific kind of intellectual, political, and cultural potential that would not otherwise exist.

An essential Heideggerian paradox acknowledges the advancement of language within academic, scientific and artistic discussions and their effects. "We remain… entangled in a constantly insufficient speaking. This entanglement blocks us from what should be revealed to thinking.”2 He advances the hypothesis for avoiding incidental verbalization by observing the peculiarity of such thinking, that is, to “look around in the area, where thought is”3 However, what does it mean to look around in the “area where thinking is located”? How does one identify “this area”, and how does one recognize such thought as revealed in the visual arts? How can one acquire experience and generate knowledge that eludes pedestrian verbalization? What “theoretical space” should be investigated for achieving such knowledge?

One of Frank Gillette’s abiding concerns is how to reflect the world by way of the visual arts with regards to re-enchantment of the natural order. This is central to his literary oeuvre. His engagements consist of texts forwarding conjecture within the visual arts. Gillette’s ruminations display a range of articulation, ←9 | 10→which drives a dynamic of probes, propositions, and rationalizations—embedded in aesthetics, art theory and philosophy.

His texts employ several literary styles ranging from spontaneous improvisation to a version of Gregory Bateson’s metalogue. Additionally, his dialogues with Thomas McEvilley, (a sparring partner if ever there was one) culminated in distillations of their respective positions. Their feisty exchanges regarding ontology’s location in visual art prompted Gillette’s redolent question: “Which would you choose to live with for the remainder of your life? The Cellini cup or a used Styrofoam vessel? The distinction here concerns works of art as separate from mere artifacts. These multiple conversations revealed a presence of contrasting strategies between maximum multiculturalism and radical traditional values.

Another salient influence informing his attitude of mind is James Joyce. For example, Gillette’s “stochastic” method of rumination waxes in a wide spray of formal types, dynamic patterns and paradoxical connection. Joyce’s famous quip “Mistakes are the portals of discovery” embraces the spirit of perpetual experiment. Such is the foundation of Gillette’s range of work.

Friendships with Gregory Bateson and Buckminster Fuller have also impacted Gillette’s cognitive maneuvers. Another example is Marshall McLuhan, an acquaintance, who remains the most prominent figure in media theory.4 McLuhan proposed that media is an extension of the body, in effect, forming a second nature. And while our contemporary world is being reduced to bits, pixels, and bytes, McLuhan’s concepts remain more relevant than ever.

Another influential friend, Kenneth Burke, (a sterling literary critic and philosopher), focused on the political and social meaning of “symbolic action.” Burke believed that “what is involved when we say what people are doing and why they are doing it, we can gain insight into the cognitive basis for our perception of the world.”5 Gillette’s incorporation of Burke’s philosophy of symbolic structures, was pivotal to his singular attention directing advanced media into aesthetic, political and symbolic constructs.

Gillette’s writings include substantial passages regarding the range of definitions in the visual arts. Taking a cue from one of his favorite philosophers, Spinoza6, he considers the aesthetic to be the sine qua non for evolving channels of contexts or realms of such contexts. The Broken Text, for example, written in Manhattan, Rome, East Hampton and Los Angeles between 2000 and 2008, and extended and revised again in 2015, is a speculative “metalogue”7 consisting of ←10 | 11→three voices: Amos, Bertrand and Claire. Goaded by Bateson, the text summons questions of illusion, ambiguity, historical reference and cognitive significance.

In another example, Random Notes on the special Case or Loop de Loop, originally published in Radical Software #1 in 1970, Gillette focuses his interest on alternative information networks. While his premonitions concerning Biospheric Space and Ecocide are now becoming salient and manifest. In this text, he remarks “sacred cows now grow from test tubes”, a biological fact in the 21st century. Gillette, a revolutionary member of the prevailing counter-culture of the 60’s and 70’s, digested signs of the times and incorporated them into his practice.

We take satisfaction presenting these texts to a broader audience. They reflect in numerous ways the circuits in which intellectual labor inspires, denotes, and intersects with visual arts’ domains. They circumscribe and contextualize symbolic and metaphorical reasoning, chance operations, and discovery within random and haptic circumstance. Another twist is his literary style which employs theories of technological advancement while paying homage to Classical pictorial issues. The fundamental relevance of these texts within the Anthropocene is simultaneously recondite and instrumental.

Burke, Kenneth: A Grammar of Motives (1945), Berkeley and London (University of California Press) 1969.

NOTE: This volume contains pertinent images inserted after the original essays. They are a visual counterpart to Frank Gillette's thinking at particular timeframes in his career. Gillette's artworks include photography, painting, collage, drawing, installation and video. 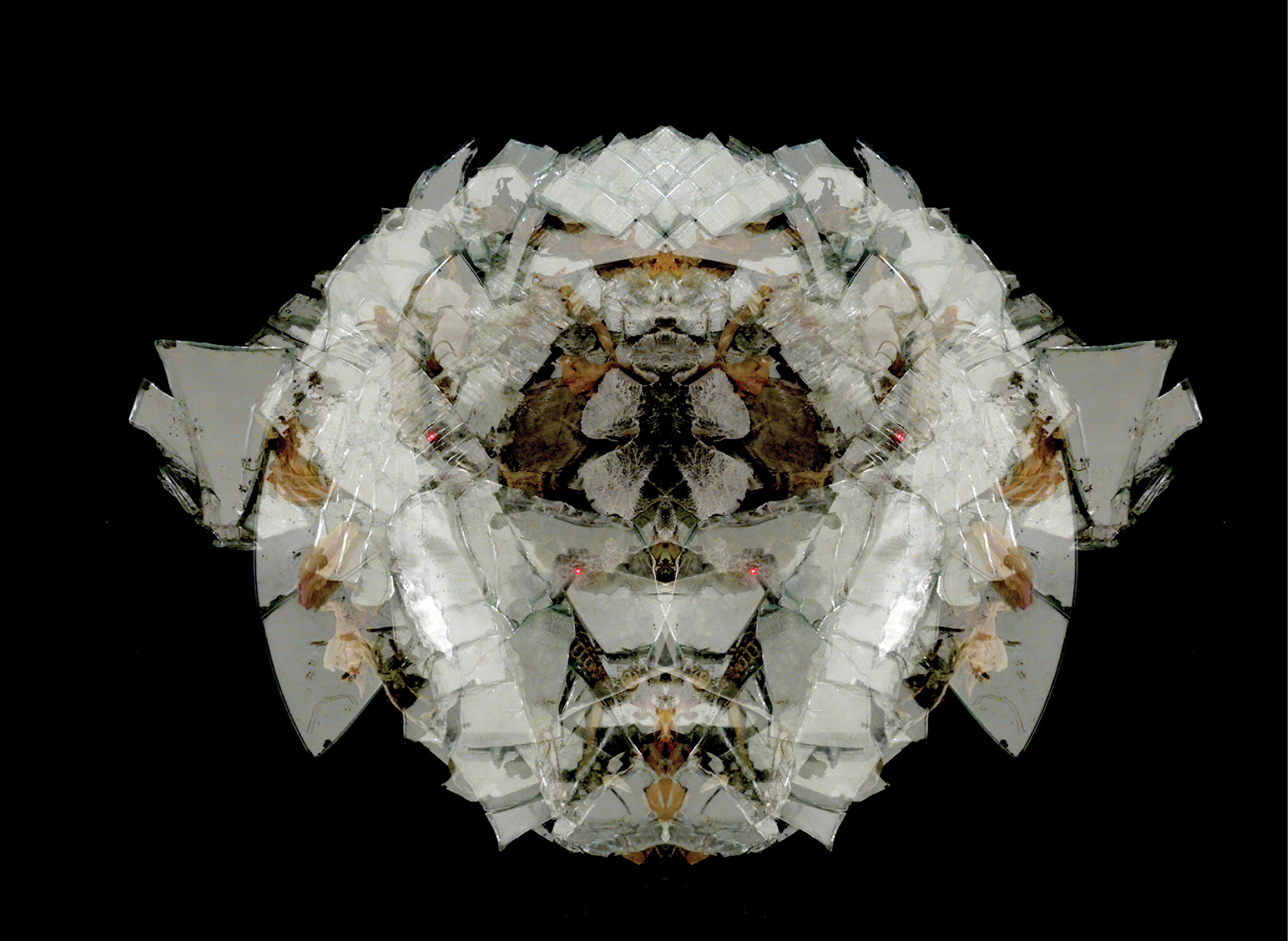 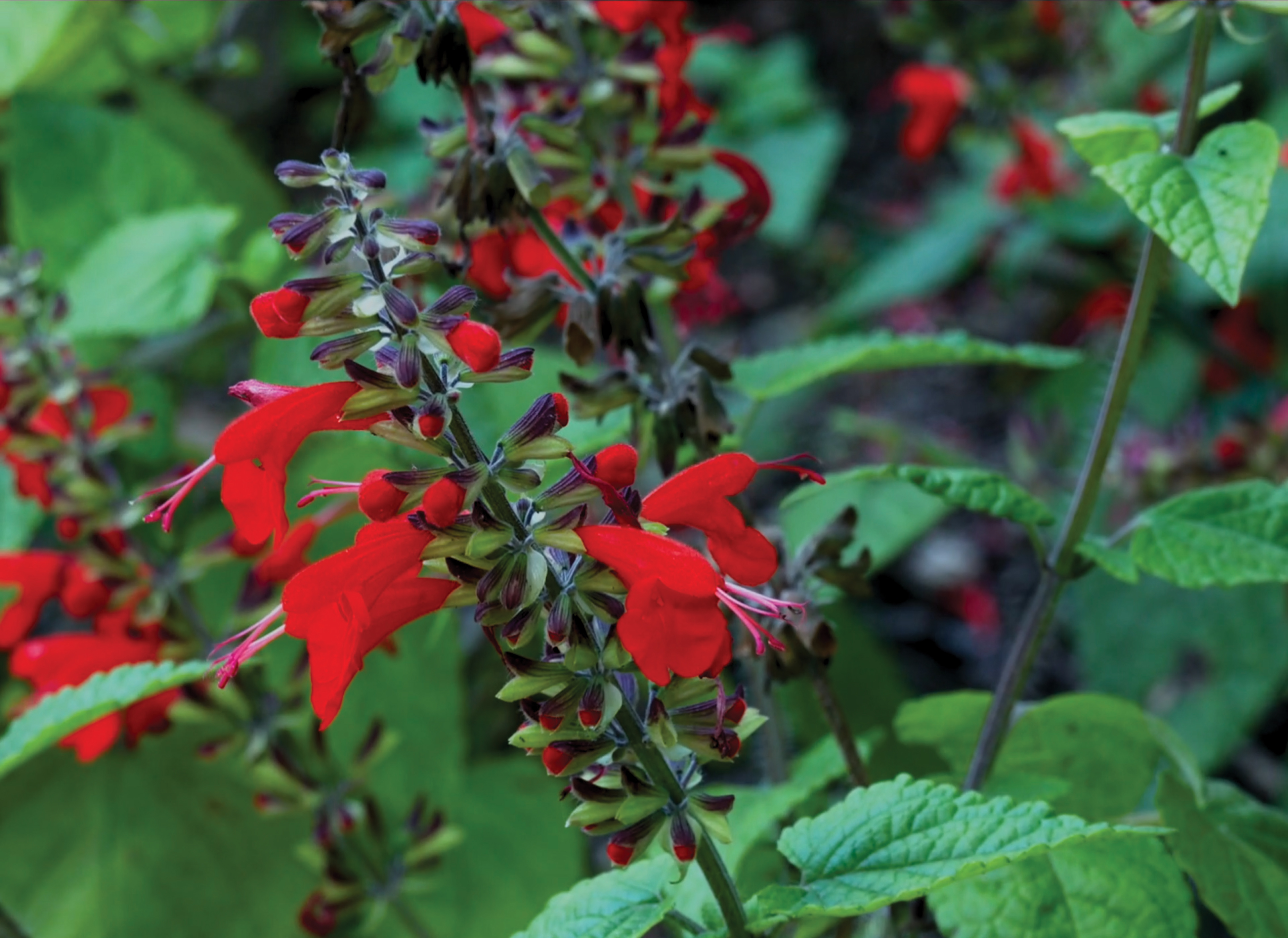 5 Burke: A Grammar of Motives. xv.

As a general assumption, the texts (1967-2002) that follow, attempt a version of lateral absorption; a weaving together of a fractious heterogeneity commanding a wandering range of diverse sources. At other intervals, they are pertinent ruminations on the governing relationships among and between the visual arts, natural ecologies, and on-rushing hyper technologies. At other times, they are multivalent efforts suggesting vulnerary maneuvers dismantling rapacious attitudes towards non-human environments. At other times, thet are mere rants and bedazzled inquiries addressing this & that.

Overall, this endeavor aims to complete the recurring emergences and swelling alarm overarching this roiling existential moment; in addition to bracing for an incoming ecological collapse. They are primarily streams of conjecture, hunches, probes, and estimations. They are often urgent, but they are emphatically not developed hypothetical constructs.

On occasion, it was with three sheets to the wind, lost trains of thought, and whimsical disregard for consistency that steered their incredulous consummation. With the pleasures of retrospect musings, however, I’ve come around to appreciate their frequent abstruse, discordant meanderings. And, more often than not, I feel disconnected from them by the means and vagaries of temporal distance. It is as if some other dubious character had written them.

In the core, bred in the bone, I am a visual artist. Writing is essentially a secondary, frequently an on the sly pursuit; something I slip into when I require relief from conundrums driving visual doings. This is not to admit their insignificance. In fact, and to the point, they repeatedly blend into while informing the pictorial.

This reveals the heart of the matter: corralling serial conditions wherein text and visual attitudes merge in free floating signifiers; wherein cross-referencing and intermingling assemblies enfold fusions of fluctuating, and exaggerated perspectives. Admittedly, such concatenations risk becoming arbitrary and, worse, predictable. Within my visual domain, an assembly’s defining features are clash, admixture, antipodal gyrations, ambiguity and referential obscurity. Whereas, with writing matters, combinatorial choice endeavors towards, and leans toward, a more unitary clarity. Crafting a careful phrase becomes akin to making significant marks with a graphite stick, or with a brush, or with the inflecting elegance of a simple smudge. Writing requires, in another context, necessary and sufficient patience, while devising and crafting a litetary image demands stamina of a particular kind.

Suzanne Anker is a visual artist and theorist working at the nexus of art and the biological sciences. Her work has been shown both nationally and internationally in museums and galleries including Daejeon Biennale 2018, Korea, The Center for Art and Media Technology Karlsruhe | ZKM, the International Biennial of Contemporary Art of Cartagena de Indias, Colombia, the Walker Art Center, the Smithsonian Institute, the Phillips Collection, P.S.1 Museum, the JP Getty Museum, and the Museum of Modern Art in Japan. She is the Chair of the Fine Arts Department of School of Visual Arts in New York since 2005. Sabine Flach is Professor of Modern and Contemporary Art at the University of Graz. She is Head of the Institute of Art History and Chair of the Center of Contemporary Art. In addition, she is a member of the Faculty at the School of Visual Arts, New York City. From 2011-2013 she was a Professor at the School of Visual Arts, New York City and from 2000-2010 Head of the research department "WissensKünste" at the Center for Literary and Cultural Research in Berlin (ZfL).