A History of Progressive Music and Youth Culture

The late Dennis Carlson uses the alternative nature of the Burlington, Vermont-bred band, Phish, and the larger impact of rock n’ roll to look at youth and revolutionary music culture. A History of Progressive Music and Youth Culture is designed for those who work with or teach young people to understand the nature and origin of musical commitment and devotion. For academics, the book traces a cultural study of rock which is unlike any other discussion of music or musicology published.

Much thanks to Robert Lake and Michael MacDonald, who assisted in going through Dennis Carlson’s notes and chapters … great scholars who were able to help finish the organization of the book. Shout-outs to musicians Phil Anderson and David Hirschman who made suggestions and comments on the early drafts. Much love and appreciation for Ron Clemons, Dennis’s dear friend/brother, who worked with Kent Peterson to put together images and designs for the book. Kent, our gratitude and deepest love for sharing Dennis with us all. 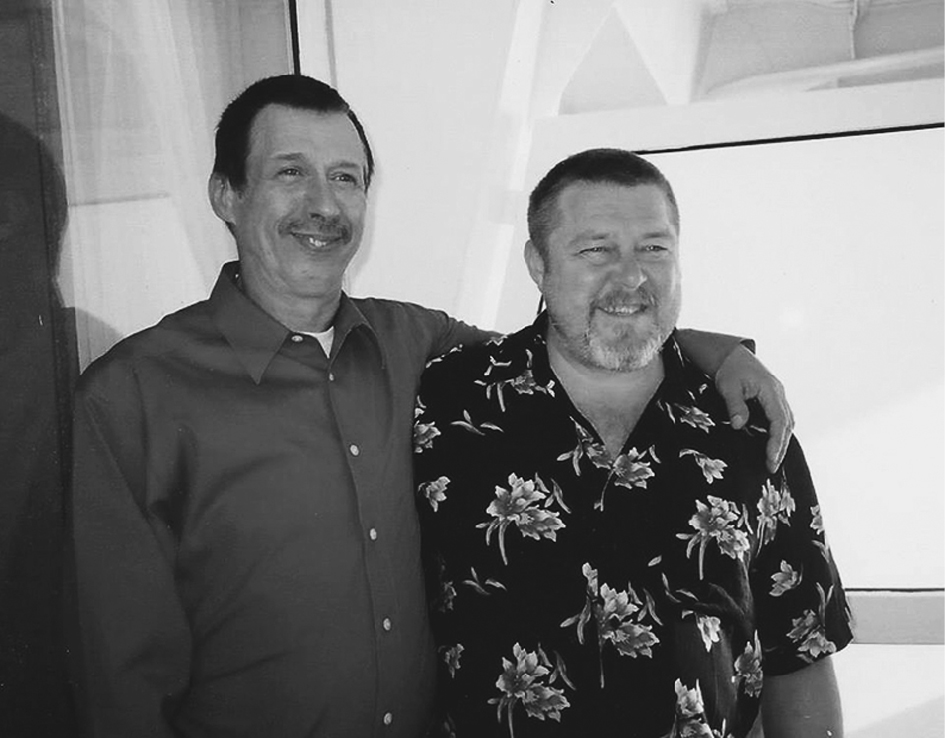 In retrospect, Dennis was ill from the moment he conceived this book. We were simply not cognizant of that fact yet. By the time he eventually sought medical attention, we were greeted with the news of bladder cancer, stage four with metastasis to his bones. He had been working on this book project for just under two years when the oncologist told him he had maybe 12 months more to live. And thus, began the frantic race to finish what we had been casually calling the “Phish” book for months by then.

Jimmy Sallee, a dear friend and “phishing” buddy, needs to be acknowledged as the early inspiration for Dennis writing a book on this topic. Jimmy’s knowledge of the band called Phish and Dennis’s curiosity about the subculture surrounding the band sparked many conversations and shared stories. Through doctor’s appointments, medical scans, radiation, chemotherapy, minor surgeries, discomfort and pain, Dennis persisted daily in his writing determined to finish his final book. We took comfort in the anecdotes of other cancer patients who far outlived the estimated survival times given them by their doctors. Alas, in our case it was false hope. During his final year, as I struggled ←xi | xii→to provide him as much support as was possible, I was the beneficiary of friends who supported the both of us, sitting with him while I was away at work, providing home cooked meals and surrounding us both with love and comfort as his physical condition deteriorated.

I must acknowledge the loving assistance of Ron Clemons, Margo Sacco, Will Williamson, and Jack Liles during this time. Their support was indispensable not only to the project of this book but also to our emotional equilibrium on a daily basis. In early April 2015, thirteen months after his initial diagnosis, his blood levels began to crash. No amount of transfusions could turn the tide. With heavy hearts, we agreed with the advice of his oncologist to seek out hospice. I will never forget the look of abject bitter dejection on the face of my partner of 36 years, the love of my life, as we began the process of hospice care. He lived five days from enrollment in hospice to his last breath. And the book he so frenetically attempted to finish was almost completed. Almost. The last chapter was still unwritten. It was the most bitter of pills to swallow on top of the other inevitable indignities of end stage cancer. On the third day of hospice care, a call arrived from one of his esteemed and beloved colleagues, Shirley Steinberg. Although too weak to speak with her himself, Shirley asked that I relay to him that she would make sure that his “Phish” book would get completed. After the phone call, I told Dennis what Shirley had said. His response, “Ah, that Shirley is such a good person, what a good friend!” His voice was frail but there was such a smile on his face. It would be the last time I ever saw my beloved smile. There are simply no words to express my gratitude, admiration and love to Shirley for the gift of his final smile! I gratefully acknowledge her good work, as in a “mitzvah,” for shepherding my love’s last book to full completion. Her actions confirm to me that not all angels have wings and halos. I am indebted beyond expression for her selfless act of kindness and love to the both of us.

Proclaiming an indisputable fact, Damon Linker (2019) created shivers up the spines of those of us who understand just how essential rock n’ roll is to life. Indeed, with prophetic authority, Linker assaulted us with “The coming death of just about every legend.” Following the loss of Bowie, Gregg Allman, Tom Petty, Prince, and, just now, at the time of writing the preface to a book on rock n’ roll’s essential importance to us all, Ginger Baker’s death, Linker took a 3 inch leap in asserting in just a few short years, they will all be gone: “… losses have been painful. But it’s nothing compared with the tidal wave of obituaries to come. Yes, the Boomers left alive will take it hardest—these were their heroes and generational compatriots.” Other than stating the obvious, Linker misses the mark in digging the mass grave of rockers. As Dennis Carlson so brilliantly captures us, we understand completely that rock n’ roll underpins not music, but entire cultures. While Linker rests on this one citation that I am generously giving him, those of us who are “left,” are too busy ensuring that more than just a recording legacy remains infinite … immortal. Continuing his romp into the absurd, clearly emphasizing his own proclaimed GenX ignorance (no women, ←xiii | xiv→no people of color), he creates his own Killing Field list of 25 or so names of those who will surely go in the next few years. Walking away from the grave, he claims only the dirt and grass stuck to his own shoes in a weak tribute to a world he doesn’t realize exists.

Lucky for us all, Dennis Carlson and rock continue to exist between these pages and in the souls of those who recognize that rock n’ roll was not an era, a set of fads, a special time, indeed, it never was, rock is and will continue to be. In Carlson’s final book, written with passion as he suffered with illness, we discover a cultural studies magnum opus which promises to promote and change how we interrogate culture and music. Dennis creates a crossroads of music, theory, philosophy, and change which serves to incorporate ways in which rock continues to inform, inspire, and incite youth … and keep the rest of us engaged in support, historicity, and rebellion.

Using Phish as the nucleus for the blending of rock, youth, and culture, he re-creates cultural studies into an inter-generational lifeforce. Dennis Carlson was/is a man who loved, loves. He fiercely loved Kent-his partner, his time serving in the Peace Corps, his students, his scholarship, his friends, pets … indeed, I can’t remember anything/one Dennis didn’t love. Unlike many of his contemporaries, he was devoid of the angry cynicism of leftist scholars. Make no mistake, he was indignant about oppression, he spent his life as a champion for those who were marginalized, but Dennis used respect and love to walk his path. His love for music, for rock, and specifically, for that quirky Vermont band, Phish infected us all. His final work was dedicated to drawing together his scholarly fields of critical pedagogy and cultural studies with the band he kept in his heart and soul. Through the last decades, Phish has continued to produce sound and lyrics, complicating rock with simplicity and profundity, never closing off to one particular way of being music. Like Dennis, Phish blends styles, genre, and audiences which play to all generations. One can’t pin Phish down, and that’s the mark of a band which continues to progress. This hippie dippy band captured the ardor of our own cultural studies aficionado, and Dennis delineates just how this jam band reaches youth, and the rest of us.

Dennis Carlson, Professor of Educational Leadership at Miami University of Ohio, taught curriculum, cultural studies and social foundations of education from 1990 until ill health forced his retirement in 2014. Carlson authored five significant books in the field of curriculum studies. In addition, he edited or contributed to dozens of other books in the field as well as having penned scores of refereed journal articles. The focus of his scholarship spanned issues pertained to teachers’ work culture, progressive and democratic education, cultural studies, youth subcultures and gender and sexuality studies in education. Carlson was a brilliant scholar, respected colleague and admired teacher. He will be remembered fondly for his humble demeanor, the empathy afforded his students and his passionate dedication to the field of curriculum studies and educational leadership. Carlson lost his hard-fought battle with cancer in April 2015. He left many former students, colleagues and his dear partner of over 30 years, Kent.