What are the borders of risk? How is the perception of risk related to new technologies and digital changing? This book discusses these topics, moving from theories to research data, looking for concrete answers now, or taking a picture of reality. The volume is divided into three main sections: Exploring the Edges of Risk, according to sociological, psychological and artificial intelligence perspective; Technological and Digital Risks, exploring social media, cyberbullying, hate speech, social bots on digital platforms; Risk in the Cities, working with risk and deviance, risk communication, environmental and nuclear risks. Inside, research data from Europe, USA and Mexico are discussed. 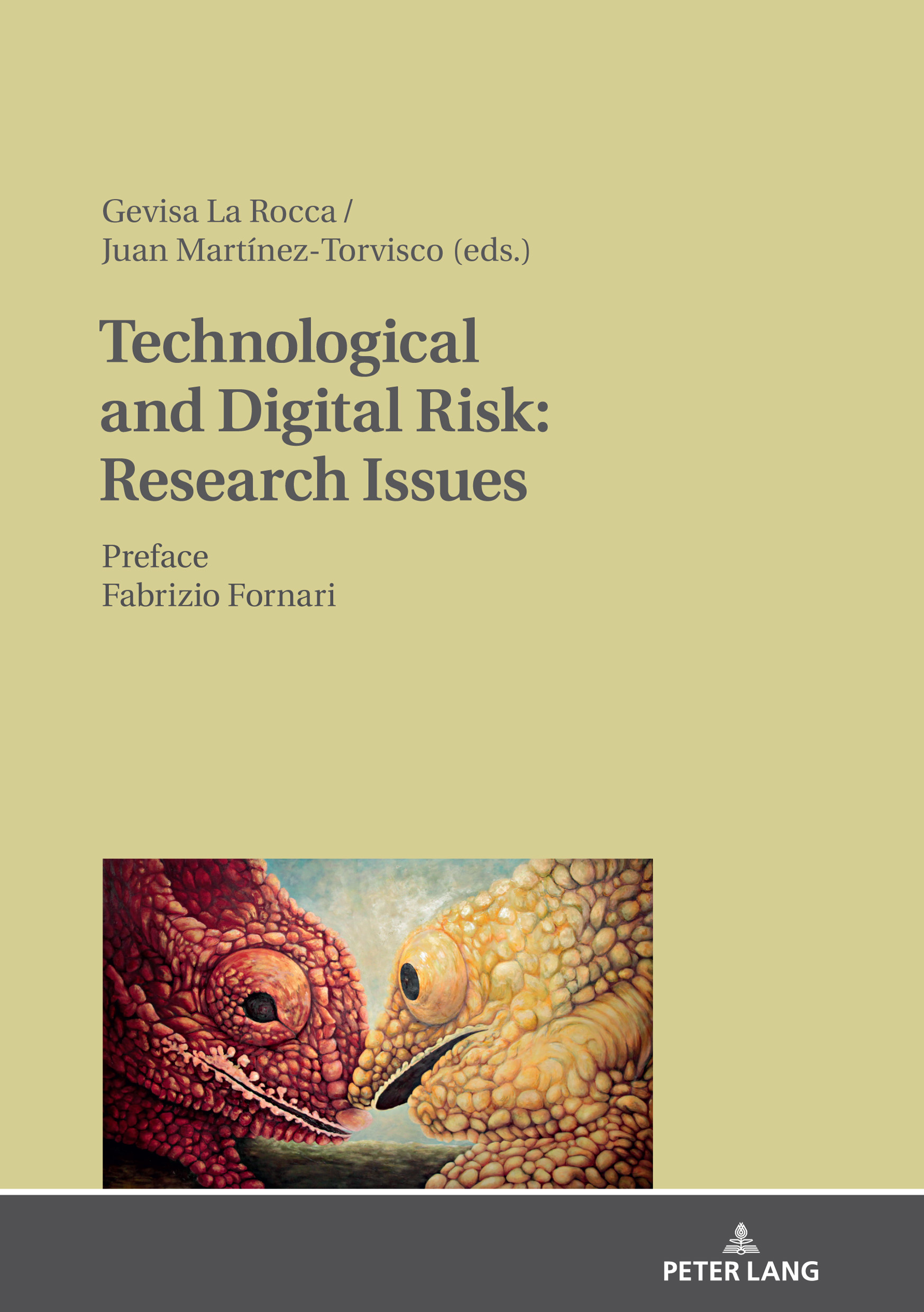 The Editors
Gevisa La Rocca is an associate professor of communication at the Kore University of Enna. Her research interests are focused on mediatization, emotional and digital risks, and qualitative data analysis. She has published more than twenty research articles and book chapters.

Juan Martínez-Torvisco is a professor of social psychology at the University of La Laguna. His research interests are focused on environmental psychology and risk perception. He has published more than twenty research articles and authored at least ten book chapters.

What are the borders of risk? How is the perception of risk related to new technologies and digital changing? This book discusses these topics, moving from theories to research data, looking for concrete answers now, or taking a picture of reality. The volume is divided into three main sections: Exploring the Edges of Risk, according to sociological, psychological and artificial intelligence perspective; Technological and Digital Risks, exploring social media, cyberbullying, hate speech, social bots on digital platforms; Risk in the Cities, working with risk and deviance, risk communication, environmental and nuclear risks. Inside, research data from Europe, USA and Mexico are discussed.

First SectionExploring the Edges of Risk

Chapter One The Need to Take Risks

Chapter Three  Online Networking and Risks, Inside and Outside Organisations

Chapter Eight  The Digital World between Risks and Opportunities

Third SectionRisk in the Cities

Each year the research group addresses a different aspect of the link between risk, communication and society. It invites all the scholars working on these topics to contribute to the expansion of knowledge.

In 2018 the international research group published a volume in Spanish, with the aim of tackling risk in a multidisciplinary manner.

In this volume, on the other hand, attention is paid to technological and digital risk and is a prelude to a new definition of risk.

I have gladly accepted the proposal to write a short preface to this volume, in which an articulated, analytical and precise reconstruction takes place – historical, empirical and theoretical – of what the editors of the same volume called Technological and Digital Risk.

It is undoubtedly a central theme not only to understand the current processes of transformation of social reality, but also to outline a path that is capable of linking theory and practice, spurring political action to rise to the level of a concrete historical-ethical view of the major issues affecting the contemporary world.

Moreover, it is the latter that requires cooperation between sociological imagination and experimental research, in the light of which knowledge orients itself, if not to solve the issues of technological and digital risk, at least to recognize them.

Having said that, defining the concept of risk tout court, despite its technological and digital variables, is not an easy undertaking at all. For this reason it is useful, in my opinion, as it should always be done in the presence of uncertain semantics and not sufficiently defined, starting from the recourse to the etymological dimension in which the concept to be investigated is inscribed; indicating etimos, in its Greek and original exception, a movement of approximation to “truth”.

Exactly, the term “risk” etymologically would seem to go back to the Byzantine Greek rhizikó, as a derivation of the Arabic rizq. According to philological sources of the XII century, the latter expression indicates the taxes to be paid in kind to finance public military expenses.

Moreover, as proof of the likelihood of this interpretation, the Greek expressions rizikon or rouzikon would also allude to forms of payment in kind aimed at the maintenance of soldiers, in particular that of soldiers of fortune – andres tou rizikon.

Hence the link with rizikon as “fate”, “destiny”, in the sense of the dark outcome that will result from the verdict of a battle, in a probable allusion to the Greek term riza, reef, as well as the term e-rysis, salvation.

The term “risk” would thus also evoke a substantially maritime metaphor, that of the reef; hence the involvement in the term risk of the Latin expression resecare, cutting, reducing, in a divisive and weakening act, a plenum or plena in ←9 | 10→parts. The reef, as stumbling block and as risk – the maternal form of the ship severed and unusable -, against which, e-rysis, salvation is placed. Provided that the ship is oriented with a look at the present. And one to the future. In both cases, to manage the unpredictable.

Is already: because risk, of whatever nature it is, is always connected to the issue of unpredictability; and in fact there is no reduction in the risk itself, except to the extent that it becomes the subject of analysis and predictive algorithms. In this perspective, the real risks are taken when one does not know how to take risks, since being aware of them is in itself an act of containment of the same, as a prodromal phase to any search for safety, a coveted space for sine-cura and the always attempted removal of any periculum.

Hence the extraordinary importance of the research carried out in this volume. What has already been outlined in the now well-established literature on this topic, is taken up and deepened in a path that intelligently addresses the main points of this branch of sociological knowledge: from the inability to conceive a risk-free action to the psycho-metric analysis of technological risk, from the risks of online networking to those related to artificial intelligence, from phenomena deviating to hatred variously spread through social media, from studies on the connection between the world of youth and the perception of risk to environmental and urban risk.

Finally, I cannot fail to note that all the paths mentioned above are closely interconnected from a common denominator: to increase our knowledge by facing its limits, in order to deal with that unsurpassed condition of sapiens for which all knowledge is a progressive and partial reduction of the error, not its elimination.