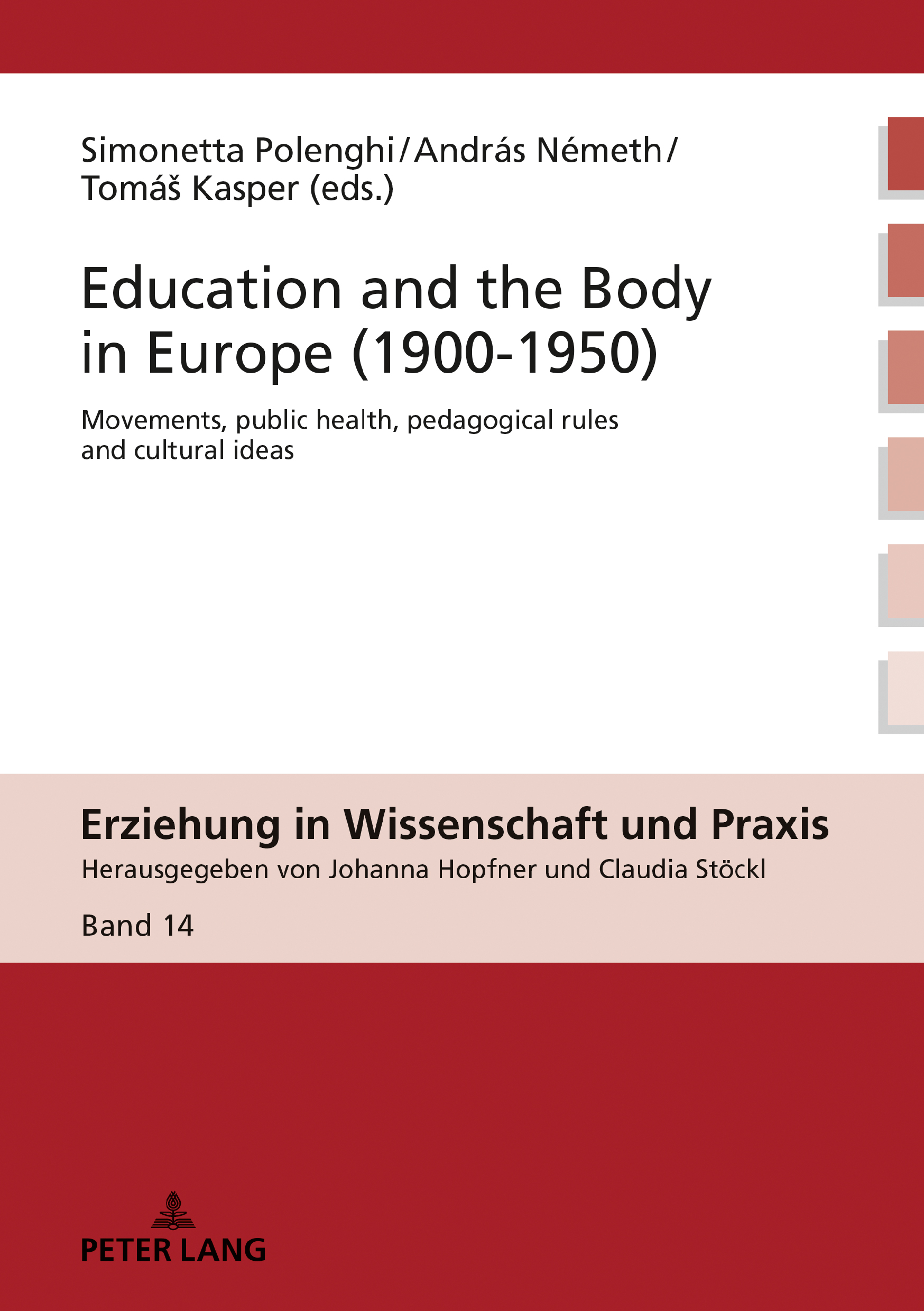 This volume is published with the financial support for scientific research
by: Catholic University of the Sacred Heart, Milan; Faculty of Education and
Psychology Eötvös Loránd University, Budapest; Technical
University of Liberec.

Simonetta Polenghi is professor of History of Education at the Department of Education in the Faculty of Educational Sciences at the Catholic University of the Sacred Heart in Milan.

The public dimension of the body became paramount in the first half of the 20th century, when the image of the modern man, with his virile stereotypes, became a cliché, in strict connection with nation building first and totalitarian ideologies later. Yet, different cultural and educational trends advocated for life reform and liberation of the body. Both the metaphorical and the material body were invested by cultural, religious, political and educational theories and practices with strong links and similarities but also national differences.
Thanks to an international scholarly work about body education in ten European countries, this volume allows a wide comparative analysis about life reform; physical education and sport; children’s bodies, emotions, hygiene and (ab)normality.

Body and education – a multifaceted and complex research topic

Body education in the youth movement

British bodies between extraversion and conservatism: representations and movements during a broad first half of the twentieth century

Control, analyse and straighten: the fundamental principles of physical education methods in France (1900–1950)

From the education of soldiers to a promotion of motor skills: changes in the conception of physical education in Switzerland throughout the twentieth century

Hygiene, school and children’s body in the Kingdom of Italy

‘Education through life and work’: pedagogical programme of care for physically disabled children and youth in the Czech lands in the first half of the twentieth century

(Ab)normal and ideal children’s bodies: body conceptions and education in Switzerland at the turn of the twentieth century

Body and education – a multifaceted and
complex research topic

The human body has been an object of historiographical research for more than 30 years. The earlier phase of analysis bore a sociological stamp and examined the body through a longue durée approach, which allowed the detection of the deep changes modifying human attitudes towards the body throughout the centuries.

Norbert Elias’ analysis of the spread of ‘civilization’ and its progressive refinement of costumes stands as the first milestone in this line of research (1939/1969), then heavily influenced also by the authoritative works of Michel Foucault, who showed how Western societies changed legal punishments, making them less physical but not less effective. A Cartesian mentality made unacceptable all which could not be included in logical-mathematical reason. Political and cultural powers exert discipline on individual bodies, but in the modern age disciplinary mechanisms allowed the state to control not only individuals, but the people as well. Medicine and hygiene were used to produce wider control, for instance of sex (Foucault 1961; 1975; 1976–2018).

The numerous works of Georges Vigarello about the body, his cleanliness, his beauty, his clothing, his appearance, and about sex and rape followed Foucault’s lesson (1978; 1987; 2004; 2014; 2017; Corbin/Courtine/Vigarello 2011), particularly his first book on the ‘straightened out bodies’ (le corps redressé), bearing the significant subtitle ‘history of a pedagogical power’ (1978). The body was seen as an engine whose muscular movements could be divided and broken down in repeated gestures through gymnastics. Not surprisingly, this mechanical exercising was thought to be for the lower social classes, and sport, being individualistic, was originally considered as an educational tool for upper-class children.

These theses have been discussed and altered in some respects based on different national and political contexts (see for instance sport in totalitarian regimes), and the idea that modern childhood has been oppressed through education, since modern education is repressive, has been recognized by Vigarello himself as excessive (see his postface to 2004 ed of 1978, p. 218). What is certainly clear and most important from a pedagogical point of view is the process of the interiorization of moral rules that interested the modern and contemporary age (we will return to this point later on).

In the 1980s and 1990s the body became a topic of cultural history in the framework of the ‘corporeal’ turn, which was strongly influenced by sociology and feminist philosophy. The cultural perspective on how the body is viewed/accepted/refused has been the topic of a wealth of research on women, disability, beauty, sport, senses and emotions. A philosophical approach was also present in this line of research (Sheets-Johnstone 2009).