The Empire. Between dispute and nostalgia

The book examines how different imperial models of diplomacy, administration, economics, and cultural and religious policies were challenged or, on the contrary, defended during and after the collapse of the Empires that promoted them. It provides an overview from multiple perspectives of the imperial phenomenon in all its dimensions, and the studies published in this volume address broad chronological segments and geographical areas relevant to the imperial idea.

The Empire.
Between Dispute and Nostalgia

A CIP catalog record for this book has been applied for at the Library of Congress.

The publication of the book was funded by Association for Intercultural Dialogue and Historical Studies "Intermarium", Constanța, Romania. 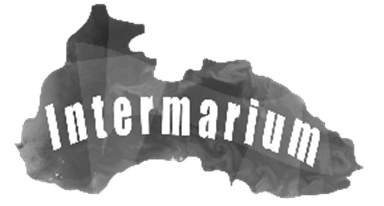 Emanuel Plopeanu is an associate professor, PhD, at the “Ovidius” University of Constant,a, Faculty of History and Political Science. His areas of interest include United States policy towards the South-East Europe in the 20th century and Romanian-Turkish relations in the 20th century.

Gabriel Stelian Manea is a lecturer, PhD, at the “Ovidius” University of Constant,a, Faculty of History and Political Science. His areas of interest include the relationship between the church and communist regimes, spiritual and cultural anti-communist dissent, and the history of the Romanian Orthodox Church during the communist period.

Metin Omer is a researcher at the Institute of Science, Culture and Spirituality at “Ovidius” University of Constant,a, Romania. His current areas of research include the historical evolution of Turkish and Tatar communities from Romania, especially after the fall of the Ottoman Empire, and Romanian-Turkish relations.

The Empire. Between Dispute and Nostalgia

The book examines how different imperial models of diplomacy, administration, economics, and cultural and religious policies were challenged or, on the contrary, defended during and after the collapse of the Empires that promoted them. It provides an overview from multiple perspectives of the imperial phenomenon in all its dimensions, and the studies published in this volume address broad chronological segments and geographical areas relevant to the imperial idea.

Ubique Victor. Triumphus, Christianity and the Ritualization of Imperial Continuity

The “Clash” of Empires: The Habsburgs, the Ottomans, Safavid Persia and the Anti-Ottoman Projects in a Diplomatic Episode of 1547

Beyond the Ottoman Empire – Past’s Hegemonies and Rising Powers; Venice and Habsburgs in the 16th Century

The Empire That Never Was: Ali Kemal’s Fetret (Interregnum) and the Vision of a Westernised Ottoman Empire

Foreigners and Foreign Menace (as Perceived) in Romanian Society During First World War. A Few Considerations

“My Dear Cousin”: The Diplomacy of the Romanian Royal House at the Imperial Courts in the Eve of World War One

Imperial Nostalgia and Contestation: N. Iorga and the Paradoxes of a Romanian Nationalist

A Book as Wedding Gift: Nicolae Iorga, the 1921 Romanian-Greek Royal Weddings, and the Paths of Knowledge Exchange

Spain after the Empire. Between Nostalgia and the Future

Erroneous Calculations on the Ruins of Empires: The Failure of the Proportional Representation Method in Central and Southern Europe in the 1920s

Borderland’s Country: South Dobruja. Imperial Nostalgias on the Edge of the National Ideal (1913–1940)

From Allies to the Undesirable: The Refuge of the Crimean Tatars to Romania During World War Two

The End of a Communist Imperial Illusion. The First Visit of Pope John Paul II in Poland. 1979

The Ghost of Imperialism. The Anti-Western Propaganda in the Last Years of Ceaușescu’s Regime

Withdrawal of the Soviet Empire: System Crisis or International Crisis?

Communist/Post-Communist Official Remembrance of the Local Involvement in the Holocaust: A Comparison Between Poland and Romania

One hundred years have passed since the collapse of four empires considered intolerant, little or not at all adapted to modernity, lacking vision in regional and European politics. However, the peace treaties negotiated and signed in the City of Lights buried only the matter of the Empire, not the concept. For a hundred years humanity has experienced new imperial formulas, some pretentiously named, as in the case of the Third Reich, others transformed as a result of internal pressures, such as the dissolution of the British Empire. In the first case, the temptation of the empire was irresistible, but necessary to legitimize a repressive and dehumanizing political elite.

The concept also becomes applicable in the absence of material features: territory, borders, administration. The forced link between the metropolis and the territories – sovereign and independent, apparently – receives the same definition, and the “Soviet Empire” is the best reference in this regard. This case is atypical from another point of view. Throughout history, the formation of empires started from a centre, from a metropolis that could display and impose the highest political, economic, cultural standards and models in the controlled territory. Rome, Constantinople, London were, for their empires, the guiding light, they were on the highest peaks of the civilization of their time and in this way, they could justify the imperial claims. Moscow, on the other hand, cannot claim the same for the ideological “empire” it has built exclusively through force and terror. The imperial control of the Soviets had no civilizational legitimacy since the Soviet Union had no economic, technological or other ascendancy over the countries that had become satellites.

In compensation, for ideological reasons, or a superficial or subjective knowledge of history, the “empire” is applied in situations where it is not possible to speak of a military, political, ideological constraint. For instance, the “American Empire” syntagma, that often circulated in historical or political literature, demonstrates this new use of the concept. The debate is ongoing, with pros and cons, much more authoritative being those that show that the United States could, but failed, become an “empire” in the classical sense of this concept. In the above case, the perception is fundamental: of the immediate facts, ←7 | 8→invoked by the followers of the theory of an “American Empire”, or of the profound realities, from the American society and the societies apparently subject to “Americanization”.

In its exact definition (state, geopolitical), empire is one of the oldest and longest-lived forms of organization. This state structure traverses five millennia of history. We find it with the beginning of written history and until 1918. Today, the number of states defined in this way is extremely small, which demonstrates the lack of relevance of this political model. Globalization and contemporary terminology have imposed the term “empire” outside its real, state, and geopolitical sphere. Expressions such as “imperious”, “imperial”, “empire of the moment”, “empire of events”, “empire of today” are used, in the sense of pressure, coming from an overwhelming, imposing, unforgiving, exceptional force that imposes (or justifies) rational or irrational reactions, from the individual to the political.

However, the concept is still used metaphorically, as shown above, in the American case. New type “empires,” such as the Soviet one, have also disappeared through the self-destruction of the metropolis and the dissolution of ties with other states, the latter eager to integrate into multilateral economic or security organizations.

The end of the Empire political formula does not end the debates about its historical significance. As long as the debates are part of a rigorous historical or political research, they are welcomed. Over time, even in these researches, nostalgia or admiration has appeared, in addition to contestation. In this volume, we concluded that the imperial phenomenon produced an evident polarization among historians, politicians or intellectuals, some challenging it and others manifesting an obvious or more discreet nostalgia. The authors of the studies included here highlighted the political, territorial or conflictual realities of some empires, dealt with the collapse and post-imperial evolutions from an ideological point of view. They also analysed issues related to the symbolism of empires and the intellectual and cultural attraction that those empires exercised.

The authors of the included studies greeted the message conveyed by the title of this volume by addressing topics of wide diversity revolving around the central issue. The authors’ contributions cover the evolution or dissolution of various imperial formulas from antiquity to the present, being arranged chronologically within the volume.

Empires have been the source of political symbols that have crossed centuries and millennia, being constantly reevaluated, enriched and revalued on every occasion or historical moment. Cătălin Pavel presents us the forms and symbolism that the Roman ceremony of triumph has embodied over time.

Ovidiu Cristea refers to the “diplomatic tools” of empires in a study that addresses the relations between the three rival empires, Habsburg, Ottoman and Safavid, in the context of negotiations for an alliance between the first two, in the mid-16th century.

In a study on the relations between the Ottomans, Habsburgs and Venetians in the 16th century, Ileana Căzan shows us that one of the most important “weapons” of empires was diplomacy, in all its facets (secret agents, spies, intrigues).

Emanuel Plopeanu presents the biography of a still-controversial character, Ali Kemal, journalist, writer, politician. The study analyses the novel Fetret, which, a decade before the beginning of the reformist policies of Mustafa Kemal Atatürk, presents the most radical projection of a Westernized future of the Ottoman Empire.

In his study, Radu Tudorancea starts from the observations of several Romanian personalities and refers to some key moments to show how the perception of the “foreigner” in Romanian society evolved during neutrality and immediately after Romania enters into the First World War.

A demonstration of how, around the First World War, diplomacy meant cultivating family or personal ties to achieve political goals is provided by Daniel Citirigă in a text that explores the close contacts that members of the Royal Family of Romania had with the Royal Families from St. Petersburg, Berlin and London.

Georgiana Țăranu captures the two dimensions of the volume that of contestation and nostalgia, in her discussion of one of Romania’s most important modern historians, Nicolae Iorga, and his paradoxical approaches towards the idea of empire. On the one hand, as a historian, he was an admirer of imperial polities, in their premodern forms – as the author defines them – while on the other hand, as a key figure of Romanian nationalism, he condemned modern empires for having altered the basic tenets of the imperial concept.

Bogdan Popa proposed a very interesting investigation of how the publication and dissemination of Romanian books abroad could be, in the 20s, a form of cultural exchanges and diplomacy. The author started from a work signed by N. Iorga, published on the occasion of matrimonial events of the Royal Families of Greece and Romania.

Very interesting and with a unique note is the study of Zorann Petrovici, who followed how Spain tried to reinvent itself and redefine its geopolitical and economic priorities, after the loss of the colonial empire, focusing on Africa and the new states of Latin America in the early 20th century.