Intermedial Conversations on the Poetics of Verbal, Visual and Musical Texts In Honour of Prof. Elżbieta Chrzanowska-Kluczewska

Text-Image-Music: Crossing the Borders brings together a diverse body of scholars in a genuinely interdisciplinary and wide-ranging volume. This deliberate bricolage finds its unifying force in the erudition of contributing authors and their shared appreciation for the work and investigations of Professor Elżbieta Chrzanowska-Kluczewska, to whom this collection is dedicated. Tackling topics spanning narrativity, various modes of literary expressions, intersemiotic translation and multimodal communication, the volume contributes to interdisciplinary scholarship in the humanities.

This collection of articles results from the International Association of Literary Semantics Symposium that was held in Kraków in October 2018. The meeting of international scholars was the work of the Organizing Team who themselves were motivated, inspired and supervised by prof. Elżbieta Chrzanowska-Kluczewska. We, the editors of the volume and all the contributors, wish to dedicate this book to her – a brilliant scholar, an experienced teacher, a trusted colleague and a true friend. With this volume we would like to pay tribute to Elżbieta’s long-standing presence on the Polish academic scene, as well as the international stage and, on a more personal note, acknowledge her invaluable help in both professional and private matters. Dedicating this monograph to Elżbieta is meaningful on at least two levels. Firstly, the contributions all relate to her academic interests, and secondly, the papers collected for this book were all presented at a conference of IALS, of which Elżbieta has been a member for many years. So far Elżbieta has been actively involved in the organization of two IALS conferences (in 2006 and 2018) and it seems more than justified to honour her multifarious activities with these scholarly works.

Elżbieta has been affiliated with the Jagiellonian University for her entire academic life. She graduated from the Institute of English Studies in English linguistics in 1978 and received her Ph.D. degree in 1990. In 2005 Elżbieta obtained her post-doctoral degree, becoming an Associate Professor in 2009 and a Full Professor in 2016. She has been a teacher in the Institute of English Studies since 1981, and the range courses she has taught is impressive in itself. Aside from practical English courses, she has also conducted electives and seminars whose subjects reflect her research interests, ranging from semantics, to semiotics, stylistics, discourse and text studies and narratology. To date, she has successfully guided and supported three Ph.D. students and more than 90 M.A. students in achieving their academic goals.

Elżbieta’s contribution to academia is outstanding. She is already the author of over 80 scholarly publications, amongst which are two monographs, Language-Games: Pro and Against (Universitas, 2004) and Much More than Metaphor: Master Tropes of Artistic Language and Imagination (Peter Lang, 2013). Elżbieta has co-edited three monographic volumes, namely In Search of (Non)Sense (with G. Szpila, CSP, 2009), The Contextuality of Language and Culture (with A. Gołda-Derejczyk, WSEH ←11 | 12→Press, 2009), and Language-Literature-the Arts: A Cognitive-Semiotic Interface (with O. Vorobyova, Peter Lang, 2017). Moreover, she is a co-editor of the book series Text-Meaning-Context: Cracow Studies in English Language, Literature and Culture published by Peter Lang (with. W. Witalisz). Elżbieta has participated in over 70 international and national conferences over the last 40 years. She has also been invited by many Polish and foreign academic institutions to deliver plenary speeches and lectures. Since 1999 she has developed and maintained particularly close relationships with an extensive network of Ukrainian linguists working in the field of cognitive poetics.

She has served as a reviewer for numerous journals, sitting on the Editorial and Scientific Boards of Polish and international journals, such as Polonica, Półrocznik Językoznawczy Tertium, Journal of Literary Semantics, Ukraine-based Cognition, Communication, Discourse and Armenian Folia Anglistika. Elżbieta has written over 70 articles and several article reviews for both local and international scholarly journals. Last, but by no means least, Elżbieta has translated extensively from Polish to English for the National Museum in Kraków.

Additionally, Elżbieta has won both national and university awards for her research and administrative work: seven awards granted by the Rector of the Jagiellonian University, as well as the Silver Cross of Merit from the President of the Polish Republic (2007), the Gold Medal for Long Service (2009), the Medal of the Commission of National Education (2012), and a medal from Kraków Polytechnic (2004) for her interdisciplinary activities in the domain of language and the arts.

Elżbieta has many non-linguistic interests. For as long as we have all known her, she has, together with her husband Kazimierz, climbed or trekked in the highest mountains in Europe and Asia, as well as enjoyed skiing in the Dolomites and the Alps. She is both enthusiastic and knowledgeable with regard to the arts, a fact which manifests itself when she translates Polish texts on the history of art into English. 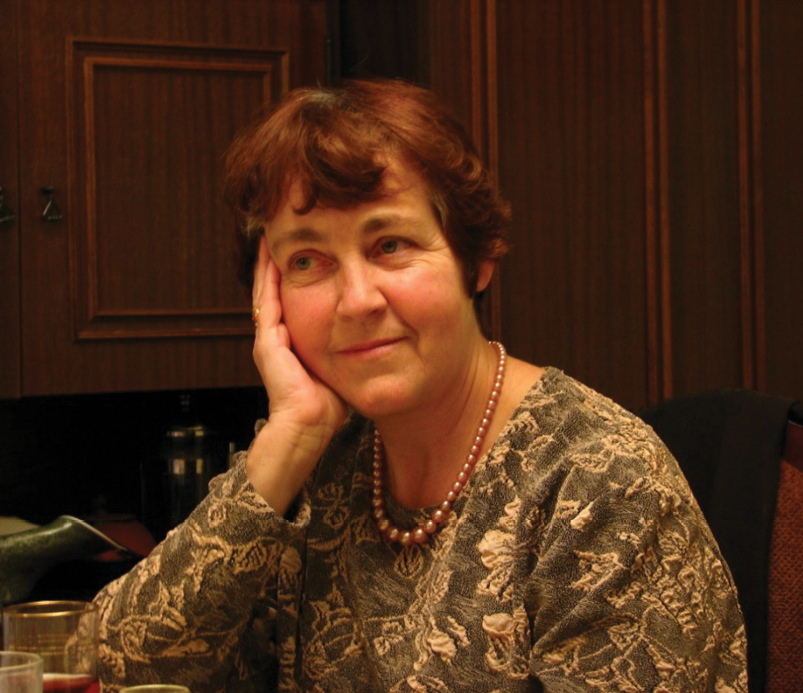 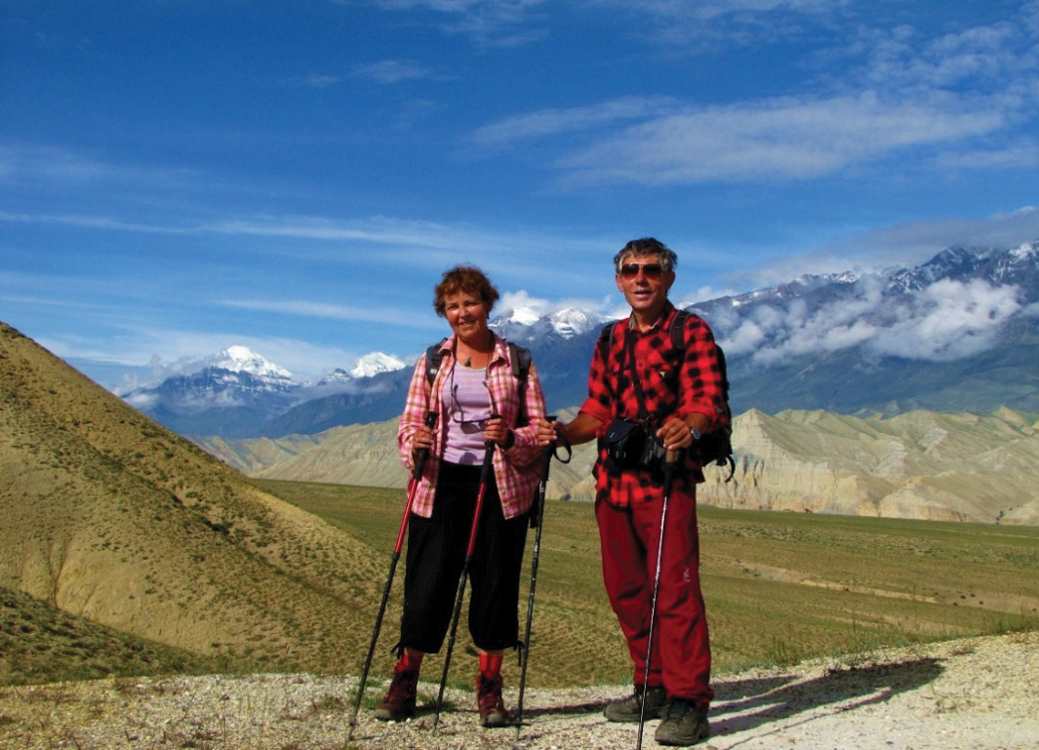 ARTICLES IN JOURNALS AND EDITED VOLUMES:

6. (1994). “Proximate and Remote Possible Worlds in Literary Fiction and Their Inhabitants.” In: Stamirowska, K., Mazur, Z. and A. Walczuk (eds.), Literature and Language in the Cultural Context. Proceedings of the Inaugural Conference of Polish Association for the Study of English. Cracow-Przegorzały, 27–30 April 1992. Kraków: Universitas. 195–207.

7. (1994). “Language-Games in Non-Literary and Fictional Discourse.” In: Gibińska, M. and Z. Mazur (eds.), Literature and Language in the Intertextual and Cultural Context. Proceedings of the Sixth International Conference on English and American Literature and Language. Kraków, April 13–17, 1993. Kraków: Jagiellonian University, Institute of English Philology. 495–510.

8. (1995). “Language-Games in Narrative Fiction.” In: Przemecka, I. and Z. Mazur (eds.), Studies in English and American Literature and Language. In Memory of Jerzy Strzetelski. Kraków: Universitas. 255–270.

12. (2000). “Minimalism in Linguistic Theories at the Close of the 20th Century.” In: Mańczak-Wohlfeld, E. (ed.), Tradition and Postmodernity. English and American Studies and the Challenge of the Future. Kraków: Jagiellonian University Press. 33–39.

17. (2004). “Figurative Meanings in Possible World Semantics: Towards a Possible World Stylistics.” In: Leśniewska, J. and E. Witalisz (eds.), The Legacy of History. English and American Studies and the Significance of the Past. Vol. 2: Language and Culture. Kraków: Jagiellonian University Press. 41–57.

20. (2007). “On Interplanetary Travels Between Friendly and Unfriendly Worlds.” In: Chłopicki, W., Pawelec, A. and A. Pokojska (eds.), Cognition in Language. Volume in Honour of Professor Elżbieta Tabakowska. Kraków: Tertium. 555–573.

29. (2009). “Possible Worlds – Text Worlds – Discourse Worlds in a Dialogic Context.” In: Chrzanowska-Kluczewska, E. and A. Gołda-Derejczyk (eds.), The Contextuality of Language and Culture. Bielsko-Biała: WSEH (College of Economics and Humanities). 157–171.

37. (2012). “Caught in the Web of Worlds: Modalities of Oneiric Discourse and Freudian Figuration in Kazuo Ishiguro’s The Unconsoled.” In: Dąbrowska, ←16 | 17→M., Leśniewska, J. and B. Piątek (eds.), Languages, Literatures and Cultures in Contact: English and American Studies in the Age of Global Communication, Vol. 2: Language and Culture. Kraków: Tertium. 17–36.

40. (2014). “The Figures of Suppression. Gappiness of Language and Text-Worlds and Its Reflection in Style.” In: Willim, E. (ed.), Continuity in Language. Styles and Registers in Literary and Non-Literary Discourse. Kraków: Oficyna Wydawnicza KAFM. 107–124.

52. (2019). “Visual Narrativity and the Creation of a Text World – a Semiotic Study of Selected Cases of Transmediality.” Studia Linguistica Universitatis Iagellonicae Cracoviensis 136 (2019): 287–296.

2. (2009). The Contextuality of Language and Culture, ed. by E. Chrzanowska-Kluczewska and A. Gołda-Derejczyk. Bielsko-Biała: WSEH.

Paul B. Armstrong is a Professor of English at Brown University. He is the author of Stories and the Brain: The Neuroscience of Narrative (2020) and How Literature Plays with the Brain: The Neuroscience of Reading and Art (2013) as well as several other books on literary theory and modern fiction. He is also the editor of Norton Critical Editions of Joseph Conrad’s novella Heart of Darkness (2006; rev. ed. 2017) and of E. M. Forster’s novels A Passage to India (2020) and Howards End (1997). paul_armstrong@brown.edu

Natalia N. Belozerova is a Professor of Linguistics in the Institute of Humanities at Tyumen State University, Russia. She obtained her Ph.D. in Linguistics in 2001 for her thesis “Semiolinguistic Aspects of Integrated Poetics.” At present she chairs the scientific council for doctorate dissertations in comparative and applied linguistics at the University of Tyumen. Her field of research is linguistic semiotics, including ecolinguistics. Her books include: Integrated Poetics (1999), Cognitive Models of Discourse (with L. Chufistova, 2004, 2013), Shakespeare and Company, or How to Work with E-libraries (2007, 2011), Physical World and Virtual World: The Two Ecological Systems? (2010, 2018), and Ecolinguistics: in Search of the Research Methods (with N. Labunetz, 2012,). She is a member of the Scientific Committee of CALs (Collogue d’Albi Langages et Signification), and an active participant in PALA and IALS conferences. natnicbel@gmail.com

Larysa Bieliekhova holds a Ph.D. degree in philology and works as a Professor in the Department of English Language and Methods of Teaching at Kherson State University. She is the author of 150 publications in the field of cognitive linguistics and poetics. She is the editor-in-chief of The Scientific Bulletin of Kherson State University (series: Germanic Studies an Intercultural Communication). lorabelehova@gmail.com

Ievgeniia Bondarenko is a Professor in the Department of English Philology at Vasyl Karazin Kharkiv National University, where she teaches practical courses of English and researches English lexicology and cognitive linguistics. She is the author of more than 120 scientific articles, seven monographs and twenty textbooks. She serves as expert on several Ph.D. councils in Ukraine and she is the deputy editor-in-chief of Cognition, Communication, Discourse. Her major interests include multimodal studies, cognitive underpinnings of time perception and manipulating public consciousness. y.v.bondarenko@karazin.ua

Ivan Capeller is an Associate Professor in the School of Communications at the Federal University of Rio de Janeiro, Brazil (ECO/UFRJ) and Directeur d’Études Associés at the Fondation Maison des Sciences de l’Homme Paris, France (DEA/FSMH). He has also worked as a Production Sound Mixer and a Boom Operator in cinema and television for nearly twenty years. capellerivan@hotmail.com

Michał Choiński is an Assistant Professor in the Institute of English Studies at the Jagiellonian University in Kraków. Choiński’s research focuses on the figurative aspects of Southern literature, as well as the use of Digital Humanities in the study of colonial writings. He is the author of two books, Rhetoric of the Revival: The Language of the Great Awakening Preachers (2016) and Southern Hyperboles: Metafigurative Strategies of Narration (2020). Choiński has also edited three volumes of academic essays and authored more than thirty articles on literature and stylistics published in such journals as Amerikastudien and Mississippi Quarterly. He was a recipient of two research OPUS grants from the Polish National Science Centre, and in 2020 he was awarded a Senior Fulbright Fellowship at Yale University. Choiński is a member of Computational Linguistics Research, which includes academics from the Jagiellonian University, the Polish Academy of Sciences and the University of Potsdam. He has delivered guest lectures at Yale University, the University of South Carolina, Salem State University and Queens University. His poetic pamphlet, Gifts Without Wrapping, was published in 2019 by the Hedgehog Press. michalchoinski@gmail.com

Thaïs Flores Nogueira Diniz is an Associate Professor at the Universidade Federal de Ouro Preto and the Universidade Federal de Minas Gerais in Belo Horizonte, Brazil, where she received her Ph.D. in 1994 and where she regularly teaches courses in Comparative Literature, Contemporary Theatre and Adaptations of Shakespeare’s plays. She has published in journals both within Brazil and abroad on literature and film and has edited publications on intersemiotic translation and intermediality. She was a Fulbright scholar at Indiana University, Bloomington, and has received scholarships from the Canadian Embassy, the British Council, and several Brazilian institutions. Her main interests include film adaptation, Shakespearean films, intersemiotic translation, myth and literature, contemporary theatre and drama, and intermedial studies. In 2003 she was a post-doctoral researcher in Film Studies at Queen Mary, University of London and at present she coordinates a research group called Intermidia: Studies in Intermediality. tfndiniz@terra.com.br

Yaroslava Fedoriv is an Associate Professor in the English Language Department at the National University of “Kyiv-Mohyla Academy” in Ukraine. She obtained her Ph.D. from Kyiv National Linguistic University in 2000 for her thesis on the prosody of emotional speech. She is a researcher of rhetoric, with a major interest in cognitive approaches to studying phonetic and phonological features of public speaking. She is the author of Лінгвістичні моделі дискурсу публічних виступів: нариси із сучасних культурно-мовленнєвих практик [Linguistic Models of the Discourse of Public Speaking: Essays on Modern Culture-specific Communication Practices] (2010) and of more than 50 papers on phonological and rhetorical studies of public communication. She is a member of TESOL International and EATAW. yar.fed@gmail.com